Posting Bail Is Easy When You Hire a Bail Bondsman

There are so many complicated things that you’ll need to think about after you get arrested. Suddenly, you must tackle working with a criminal defense attorney and planning your defense not to mention the pain of helping your loved ones cope with the crisis of your arrest. Fortunately, posting bail is one thing that you won’t need to stress over when you hire a licensed bail bonds company.

When you don’t need a bail bondsman 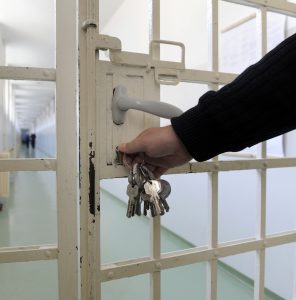 You don’t have to stay locked up

There are indeed situations where you won’t have to find a local bail bondsman to help you get out of jail. For example, if your charge is minor and you have strong ties to the community, you might secure your release from jail by promising to come to all of your court hearings. Getting out of imprisonment based on just your promise to appear in court is known as being released on your own recognizance.

Another time when you don’t need the services of a bail bondsman is when you’re able to cover the cost of your bail amount. If, for instance, your total bail amount is $10,000 you can forego the bail bonds company if you already have that amount of money in your bank account.

The advantage of posting your entire bail amount up front is that you’ll most likely get all of it back at the end of the criminal proceedings.

One more common way to cover the cost of your bail without enlisting the help of a professional bail bondsman is by using your property as collateral. It’s possible to sign over to the court the ownership of valuable property such as your house and car in return for your release on bail. Of course, the value of the property must meet the cost of the bail amount. Once again, you’ll get the property back as long as you don’t jump bail.

It’s time to consider calling a licensed bail bonds company in your area if you can’t afford to cover the entire cost of your bail bond. When it comes to posting bail, the pros at a bail bonds company like Szar Bail Bonds make it easy for you to handle the financial part of bail so that you can go home while your criminal case takes place.

The big difference between making bail on your own and hiring a bail bonds company to post your bond is that the company charges a fee for the service. In general, the cost, known as the bail bond premium, amounts to between five and ten percent of the total bail amount. Since it’s the payment to the bail bonds company, it’s not refundable at the end of your case.

Lastly, posting bail is the key to living at home throughout your criminal case. Whether you’re able to pay your total bail amount personally or you’ll need to rely on a bail bondsman, posting bail will allow you to spend this challenging time surrounded by your loved ones and all of your favorite things. Contact Szar Bail Bonds, and we’ll help get you home as soon as possible.