Does Your Criminal Record Clear After Seven Years?

A common question people ask is, does your criminal record clear after seven years? Although a specific issue, it’s an odd assumption for one to make. Hardly anything occurs automatically within the judicial system or law enforcement.

At Szar Bail Bonds, we have met many people dismayed to learn about their record. When you find yourself wearing handcuffs in Pennsylvania, contact us for 24-hour bail bonds.

What Stays On Your Record and What Can Clear?

Those who have crimes on their record may need to keep them for a while. Sexual crimes against a minor, for example, will permanently stay on your record. Less severe crimes, might qualify for expungement later with a petition.

By including the details of your case and the crimes committed, you can begin the process. However, it isn’t a sure thing that your past crimes will be erased.

Will Arrests That Don’t Have Convictions Be Removed?

Surprisingly, not every arrest leads to standing before a judge in a courtroom. Sometimes, like with mistaken identities, you are released without any charges. Unfortunately, there may still be an entry on your record that an arrest happened. If 18 months go by without further action, you should be able to get it dropped.

However, there can’t be any new criminal proceedings against you for you to apply for an expungement. Otherwise, the case is still ongoing, with possible new evidence.

How Is Your Criminal Record Cleared of Charges?

The first thing you need to get is your official arrest record. Mailing form SP 4-710 with an affidavit and ID copy starts the process. Once you have it, refer to the Clerk of Courts for instructions. When you fulfill all of the other requirements, they contact the state police.

If everything checks out, they will assign a judge to expunge the record. It’s a long process, but it’s definitely worth taking care of when you can do it. 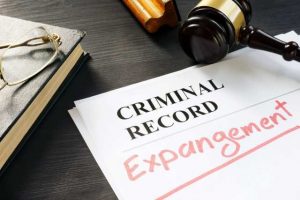 Will My Request for Expungement Be Denied?

In Pennsylvania, any charges that don’t have convictions should be eligible. That also includes dismissed, not guilty, withdrawn, ARD programs, and nolle pros charges. However, depending on the severity or grade of the crime, they could be denied. Plus, the Board of Pardons receives hundreds of applications every year.

It could take some time before they respond, and they may request a hearing as well. Other than these reasons, you may simply be applying too soon after the original charges.

What Other Options Do I Have to Clear My Criminal Record?

If you can’t qualify for an expungement, you might be able to have your record sealed instead. Since 2016, some minor offenses can seek a legal seal from the public. You can seek a Governor’s Pardon for all other crimes, albeit through a long process. You must complete all steps set by the Board of Pardons.

You could seek a Presidential Pardon, but that only applies to federal crimes. At the state level, they can’t offer much help in clearing your record.

Can a Juvenile Record Also Be Cleared Charges?

Does your criminal record clear after seven years if you were a juvenile? Unfortunately, even then, these charges won’t disappear by themselves.

There are still several requirements to meet before the state will agree. In short, staying out of trouble for five years is the first hurdle. You also can’t be arrested again, even on minor charges. If they initially were dismissed, they could be eligible for expungement.

Are You Currently Facing New Charges on Your Record?

After your arrest, a judge will see you and determine if you can post bail. However, your amount can rack up to tens of thousands of dollars rather quickly. When it feels like you’re staying put, we offer a better solution.

We offer many different ways of securing a bail bond 24-hours a day. Contact us at Szar Bail Bonds whenever you find yourself in jail.