Are You Driving with an Expired License in Pennsylvania? What You Should Know.

The only thing worse than getting pulled over is hearing that your drivers license isn’t compliant. When you discover that you’re driving with an expired license, your trouble only begins. Some people intentionally drive with them, while others didn’t realize they were past due.

When you are pulled over with an expired license, call us for bail bonds. Szar Bail Bonds offers service agents 24-hours a day to any Pennsylvania holding facility.

What Do I Do If I Get Pulled Over? 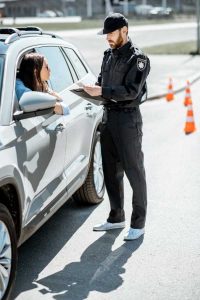 No matter the situation, if you are instructed to pull over, you should. While the officer will likely ask for identification, they may not. If they do ask for your license, they will soon see whether or not it is past its expiration. At that point, the officer will inform you and will most likely issue you a citation.

In Pennsylvania, driving with expired license is punishable by a fine. One that is often $200. However, while relatively minor, the police can take your ID for several offenses. If you have previously been caught driving under the influence, they may confiscate your license. Any reckless endangerment or excessive speeding can also cost you your ID.

What Happens When My License Expires?

Obviously, when your license expires, it’s time to renew it before you get pulled over. In our state of Pennsylvania, your ID typically lasts for four years at $35 per renewal. When your ID expires, you are no longer legally permitted to operate a vehicle.

What happens if your ID is valid but not on you? Whether it’s expired or missing, you may receive a citation at the moment. If you can prove your license is valid, you may be able to get the charges dropped. However, if other charges already exist, that may be the straw that breaks the camel’s back. An officer may choose to arrest you and impound your vehicle in the process.

What Other Statuses Can My License Have?

When a license expires, it means you voluntarily allowed it to become void. It could also be that you had it revoked, suspended, or canceled entirely. Some offenses, like driving while intoxicated, allow the police to take your driver’s license on the spot. It isn’t without court-mandated treatment and schooling that you can get it back.

A suspended license means that it can’t be reissued until after a specified time. Usually, fines must also be paid in full before you can have it reinstated. A canceled license may be voluntary from the driver or from not carrying car insurance. Reinstating it from cancellation can become challenging if it was revoked for you.

Can I Be Arrested for an Expired License?

Typically, an expired license isn’t enough for an arrest, but a suspended one is. You could face several thousands of dollars in fines as well as jail time.

If you are arrested for an expired license, you may qualify for bail. If you do, contact us at Szar Bail Bonds for nearby 24-hour service agents.