5 Bail Bonds Questions You Must Ask

When considering a bail bondsman, many people have quite a few questions. The process can be difficult to understand, especially under stress. The process is fraught with uncertainties. When you need a bail bond agent, here are 5 bail bonds questions you must ask.

In Pennsylvania, bail bond agents are regulated and licensed by the state. All bail bondsmen must keep their licenses up to date and valid through training and certification. Before beginning the bail bonds process, be sure to ask to see their license. If they cannot provide a copy on demand, walk away, and find someone new.

How Much Do You Charge?

The cost of a bail bondsman’s services depends entirely on the amount of bail set for the Defendant. However, by Pennsylvania state law, this amount cannot be any higher than 10% for the first $100 of bail that the bail bondsman posts on your behalf (5% for every $100 after). 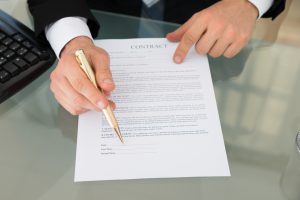 If you bail bondsman offers bargains or asks for more than this, be wary. You get what you pay for.

What is the Bail Bond Process?

First, the bail bondsman will collect some necessary information from you or your representative. These details will include your financial assets, and the details of your crime, your criminal history, your job, length of residence, and similar information.

Once the information has been collected, and a contract has been discussed, it is up to you and your reps to collect the funds or collateral and sign contracts. These are legally binding documents.

Once your bail bondsman posts your bail, it’s in the hands of the courts. They’ll process your bail and release you when they’ve completed their processes.

How Long Does It Take?

This is a difficult question to pinpoint an answer to. An experienced bail bondsman can give an estimate of the release timeline, but nothing is certain. Once they’ve provided the bail to the court, they can only wait.

The process can be affected by a number of different factors, and it is primarily conducted with a concern for the safety of all involved. Remember that any estimate given is just an estimate, and it can be altered by events out of your bail bondsman’s control.

Holidays can cause delays in your release as well, so be mindful of the date when your bail bondsman posts bail for you.

What Happens if the Defendant Doesn’t Show Up to Court?

Part of the contract you or your representative will sign will outline the details of the process should you fail to appear in court. If you show up to your scheduled hearings, the bail bondsman will get the money they posted, and the premium your family paid on your behalf.

If you were to “skip bail,” the bail bondsman would be on the hook for the full amount of your bail. They would also be entitled to seize your assets, place liens against your property, sell the collateral you posted, and garnish your wages and taxes to recoup their costs.

They would also hold a legal right to pursue and detain you. Which means taking you into custody and returning you to the courts; where the process will begin again. If you skip bail once, you’re not likely to be given the option for bail again. A bail enforcement agent can go to your home, work, and places you are known to frequent.

24 hours a day, Szar Bail Bonds is here and waiting to help you. We can provide any information you need during our consultation. Contact us today to discuss your options.