Who Can See Expunged Records in Pennsylvania?

Even if you avoid conviction, finding work after an arrest can be challenging. You are left asking who can see expunged records in Pennsylvania? This may seem like a loaded question, because it primarily depends on the offense. Other factors also contribute to who can see your record, and when they must do so.

Szar Bail Bonds hears this question often when speaking with our clients. Learn more, and choose us for your bail bonds 24-hours daily.

Who Can See Arrest Records in Pennsylvania?

Some states offer easier access to public records than others. In Pennsylvania, you can quickly find out if someone has a history without paying anything. On the state’s web portal, you can search through several types of cases. These include magisterial trials, municipal, common pleas court cases, and appellate court cases.

Entering a person’s name in that portal reveals whether they have a criminal background or not. You can quickly glean several items from these dockets, such as:

However, these files won’t contain specific details, including any expunged records. A potential employer will likely stop their search here, especially if all charges have been removed.

What is an Expunged Record? 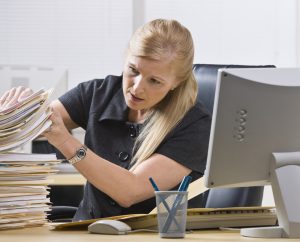 Some use “expungement” interchangeably with “pardon,” although they are different. Whereas a pardon is an official forgiveness of a crime, expunging removes it from the record. An expungement can only happen when a local judge signs off on an expungement order. Also note, that receiving a hearing date for an expungement doesn’t guarantee it will be granted; You could very well be denied.

Expunging records can either mean that physical documents are destroyed or sealed from public access. However, it doesn’t mean that these records remain entirely out of view from everyone. Child protective services, professional licensing boards, and criminal justice agencies can still access them. On the other hand, landlords, employers, and the general public will not be able to view them.

Who Can Qualify for Expunged Records?

If the crime committed was a felony, you likely won’t qualify for expungement. Oftentimes, it’s simple violations and misdemeanors that can be removed. Those that receive expunged records most often are juvenile offenders and elderly citizens. That is because they will not pose a substantial risk to the public, according to most judges.

In Pennsylvania, you must obtain your rap sheet and petition for expungement. Once submitted, you receive a hearing with a judge to determine your eligibility. Keep in mind that not all crimes will be removed or sealed from public view. Those considered for expungement usually include summary offenses only.

Who Can See Expunged Records in Pennsylvania?

Currently, one of the largest hurdles with expunged records is preventing public access. Unfortunately, you can find just about anything online with enough time and effort. Before the Internet, it was far easier to remove or destroy records following expungement. Today, many of them are still filed or uploaded, leaving a copy somewhere.

Thankfully, unless they work for one of the above agencies, it usually isn’t seen. You may attempt a Freedom of Information Act request to the FBI, but it’s unlikely. Unless someone has a good reason to access an expunged record, they likely can’t. It is often reserved for those who end criminal careers, so they stay mostly hidden.

Can I Get a Felony Record Expunged?

As expungement is mostly for juvenile offenders, you don’t see many felonies being removed. When adult criminals commit harsher offenses, expunging them becomes difficult. While technically these charges can be expunged, the requirements are much more stringent.

In the state of Pennsylvania, there are only two ways to do it. First, if someone died at least three years ago, they may have their records expunged. Or, if someone aged 70 or older has avoided conviction for a decade or longer they may have a chance at expungement.

You may also seek to have your offenses pardoned rather than removed, which is also challenging. The first step if you find yourself in jail, is to contact Szar Bail Bonds for 24-hour bond agents.