What’s the Difference Between Being Indicted Vs. Charged?

Anyone who watches the news can see that arrests happen in different ways. However, it does leave the question of what’s the difference between being indicted vs. charged? While similar, these orders come from specific groups in the criminal justice system. The end result, though, is the same, with someone getting handcuffed.

Whether you’re indicted or charged, you can rely on our bail bond agents 24-hours a day. Szar Bail Bonds services Pennsylvania can help you with surety bonds and experienced operators.

Indicted Vs. Charged: How are They Different?

The primary difference between someone being indicted vs. charged is who authorizes the arrest. To determine that, you’ll need to look at the type of crime in question. 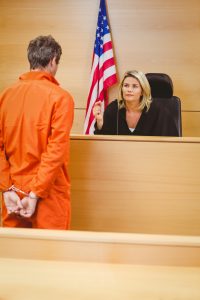 Getting charged at court

At the state level, it’s the local prosecutors who bring charges against someone. Since they have full discretion over both punishment and resources, they’re best suited. For federal charges, a prosecutor alone doesn’t have the legal authority to do so. Instead, they must have a grand jury indict an alleged criminal first.

Prosecutors must also present sufficient evidence as the defendant isn’t in attendance at that time. After the arrest, there is a formal hearing, where they then would present their argument.

How Can a Prosecutor Bring Charges?

Although they don’t have a grand jury to convince, prosecutors do have a preliminary hearing. Unlike with federal crimes, the defendant and counsel are present. They are more than spectators, however, and they can argue against charges as well. The defendant’s side can cross-examine witnesses and present evidence to support their case.

After both sides finish their arguments, it is the judge that makes the determination. If they agree a crime was committed, the defendant is arrested before heading to trial. If there is not enough probable cause, the case likely is dismissed or acquitted. Depending on how the charges are dropped, they may or might not be allowed to refile.

Why is a Grand Jury Needed?

The more severe your alleged crimes, the harsher the punishment becomes. With charges at the federal level, that could mean the death penalty. In addition to such rigid sentencing, each crime often allows for additional charges later. If, for example, someone uses a computer or a firearm, the punishments can worsen.

The ones who investigate these crimes are usually designated agencies within the government. Some of these entities and areas of law include:

A grand jury meets away from the public with only both sides’ attorneys. That is to protect the identity of the accused should they drop charges.

Does Pennsylvania Indict or Charge Defendants?

Unlike many states, Pennsylvania does rely on a grand jury for certain crimes. Other areas may, instead, utilize a preliminary hearing like with state charges.

Another difference is the jury has 23 members, while other regions have smaller ones. Although these cases last for months, they often meet a few days per week. Having a grand jury is actually a good thing, as it pressures witnesses to step forward. They could even receive immunity from punishment themselves for cooperating. Although a witness may be reluctant, sometimes they have no choice. Prosecutors have the power to subpoena them, forcing them to appear in court.

Can I Bail Out After Getting Indicted or Charged?

Typically, if you’re charged with a crime, you’ll be arrested on the spot. After seeing a judge, your bail is then set and you have the opportunity to have it paid. However, with indicted charges, you may have already been bailed out. Unless you violate your release terms, you remain out until court.

If you still need to post bail, contact us for 24-hour bond agents. Szar Bail Bonds is here for you every day.