What is Work Release?

When facing incarceration, you may qualify for several different programs. One of these programs is called Work Release. You may ask, “What is work release?”

Szar Bail Bonds has researched the Work Release programs available through the Pennsylvania Department of Corrections facilities. Read on for more information.

What is the Purpose of Work Release?

When an inmate is convicted of a non-violent crime, they have the chance of applying for a work-release program. These programs allow inmates to earn an income, paying court and system fees, and having money for their commissary accounts. They can also help train inmates in new skill sets that can transfer into gainful employment after release.

In past years, the amount of each inmate’s check that is garnished to pay for incarceration fees and court fines has been under scrutinizing eyes. Employers who work with inmates have found that the amount of money seen after the corrections department takes their share is very little. Often, employers feel their inmate employees are being taken advantage of.

By training inmates in new vocations, the theory of Work Release seems like it would reduce the recidivism rates. Recidivism is the chance that a criminal is to re-offend. In some cases, the new training works. However, in cases where the inmate cannot save enough money to land on their feet after their sentence, it seems to push them back into the criminal system.

Many criminal convictions relate directly to the criminal’s financial stability. For example, drug dealing, prostitution, theft, and similar crimes are typical means of generating income. An inmate may finish their sentence and be released with no money in savings. They have an inability to be hired due to their record, they are more likely to return to illegal income options.

How Corrections Departments Save Money Through Work Release 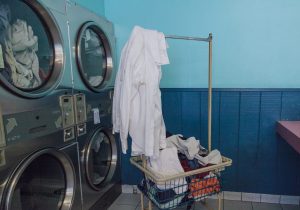 Further, training inmates in the housekeeping and landscaping departments of the facility gives them transferable skills for their reintegration after their sentence. After incarceration, inmates can put their skills to work in landscaping, janitorial, or other service industry positions after serving their sentences.

While the work release programs have their ups and downs, Szar Bail Bonds will do their part in keeping you out of jail while you go through court proceedings. We also strive to offer informational resources to help prepare you for your time behind bars.

Please check out our blog for information on the legal system and associated options, and contact us to discuss your situation and how to proceed from here.