What is Police Entrapment?

Some people are quick to say that law enforcement entrapped them when they got arrested. However, they probably don’t know what police entrapment is, and when it applies. To use it as a defense, you would need to prove several actions first. Unfortunately, even with a case, it isn’t always simple to do so.

No matter why you have been arrested, you can call on Szar Bail Bonds. Choose us for 24-hour service agents to any nearby Pennsylvania holding facilities.

What is Police Entrapment Under the Law?

Police entrapment is defined as law enforcement encouraging illegal activity from someone unwilling to participate. Unlike a “sting operation” where someone buys drugs, the individual would not be there otherwise. 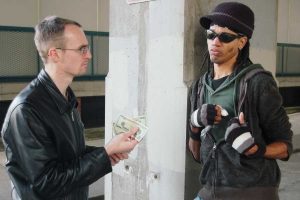 Our Idiot Brother begins with Paul Rudd’s character selling cannabis to a uniformed officer. This situation, while absurd, would likely not count as “police entrapment.” The officer politely asks if he would sell him some, without the threat of force. Rudd’s character was also seemingly open to the idea, knowing he would likely get arrested.

A defense would need to prove that someone unwillingly became coerced to break the law. Without these two requirements, your case probably won’t rule in your favor.

If an officer’s intentions are to entrap others, they may do so sneakily. One example may be an addict being pressured by undercover officers to engage in trafficking. Chances are, a typical addict would refuse to do so, wanting only to use their substance of choice. However, if the undercover officer were to offer money, food, drugs, or even threats, they comply.

Then, as soon as they commit the crime, they are quickly arrested. While the individual would have a case, they may not have the means to defend. The best way to avoid being entrapped is to alert authorities when you are being pressured. Even if you are unaware they are undercover, it may force them to back away.

What is Police Entrapment’s Sentencing?

Being entrapped specifically, is not a crime in itself. Even for the officers coercing the individuals. The punishment you would receive depends primarily on the offenses committed.

On the officers’ side, it gets tricky to prove their wrongdoing. It isn’t enough that they lead you to the opportunity of a crime. For example, if you randomly found a loaded gun near where a rival lived, you have options. However, if you were to take the opportunity for revenge, that is your decision.

If they threaten you so that you will kill someone, that would be entrapment. At this time, there are no legal ramifications for officers to entrap others.

Did You Encounter Police Entrapment?

Whether or not you have experienced police entrapment, you may need to post bail now. Unfortunately, it isn’t always set to an amount you can afford. Before you give up, we offer a better alternative whenever you need us most. Contact us for 24-hour bail bond agents throughout the state.

Call us directly or have a loved one contact Szar Bail Bonds today.