What Is Involuntary Manslaughter?

While a planned murder makes for a great movie plot, it’s rarely how things go. Therefore, what is involuntary manslaughter? Many people find out first hand following an accident where there is negligence and someone loses their life.

Continue learning more with Szar Bail Bonds in this helpful article. You can rely on us for 24-hour service agents throughout the state.

What is Involuntary Manslaughter and its Sentencing?

In short, involuntary manslaughter is a crime that results in someone losing their life. It could result from pre-planned actions, substance abuse, or simply not paying attention. 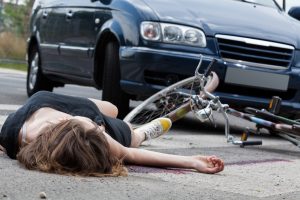 Unconscious cyclist after a road accident

Unlike other types of homicide, involuntary manslaughter may include inactions in addition to malicious attacks. Rather than charging someone for singling out a victim, it may also be from negligence. Picture a babysitter leaving a child alone near a swimming pool. Or someone getting drunk before hitting a pedestrian on their way home.

Involuntary manslaughter is a misdemeanor unless the victim falls under specific categories. Killing a child, parent, guardian, or other custodians could become a second-degree felony.

Is Involuntary Manslaughter Harsher Than Murder?

When compared to intentionally killing an individual, involuntary manslaughter is a lesser crime. In some ways, a negligent loss of life is even harder to mourn.

Under the law, a homicide occurs anytime one person kills another. If this was in self-defense, it might not be considered a homicide. Murder is often the pre-planned killing of another individual, which does carry harsher sentencing. Since there is a clear pattern of malice, the court sees you as a threat.

Involuntary manslaughter is a lesser offense compared to murder because of its spontaneity. As it seemingly happens in the moment, it’s viewed as an accident rather than a homicide. Also, keep in mind that you could be charged with manslaughter even if you aren’t under the influence. There are many situations where a Pennsylvania judge can issue this ruling

What is Voluntary Manslaughter?

What happens if you did intentionally kill someone, but you didn’t plan to do so? Homicides driven by passion or the victim goading the attacker are voluntary homicides. Let’s say someone at the bar won’t leave you alone, or you find your spouse’s lover. In the moment, you may feel driven to kill because your emotions are high and you are pushed too far.

Involuntary manslaughter can happen from merely not paying attention or from staying under the influence. Voluntary manslaughter means a conscious choice was made, even if it wasn’t planned. A potential way to argue your way out is to claim you acted in self-defense. Unfortunately, that can be challenging to prove in court after the fact.

Are You Arrested on Involuntary Manslaughter Charges?

The one silver lining to involuntary manslaughter is that it often allows for posting bail. Unlike a targeted, intentional killing, you don’t appear as much of a public threat. Your release amount could also be five or six figures in total. When you need a bail bond now, you need our agents.

You can call on us 24-hours a day for service throughout Pennsylvania. Choose Szar Bail Bonds agents today.