What is an Appeal in a Court of Law?

The judge strikes their gavel down, and their decision is made final. Now you must ask your lawyer what is an appeal, and how to get one?

In short, it’s a way of arguing that the court sided with the wrong side. To do so, however, requires you to request the next highest judge. Since it requires an entirely different lawyer, it can get expensive. Many parties decide to accept their fate rather than try again.

As a 24-hour bail bond provider in Pennsylvania, we know legal jargon gets overwhelming. While Szar Bail Bonds isn’t a law professional, we can help clear some confusion.

What is an Appeal, and Who Can Get One?

An appeal is a declaration that you disagree with the outcome of a trial. A trial court makes the initial decision, and then an appellate court presides. 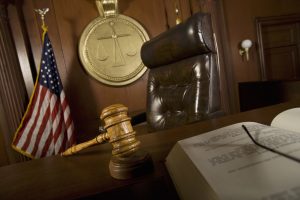 Unfortunately, it does not serve as a retrial, which is a different situation. Instead, judges investigate how the case was handled and search for missed procedures and best practices.

The U.S. Court of Appeals seeks to prevent unfair trials from unjustly condemning others. It’s more of a supervisory board than another chance to plead your argument. And since there are fewer courts at this level, not all cases can be appealed. They choose which ones they can hear out of all those that are submitted.

What are the Different Court Levels?

You maintain your innocence even though the court ruled that you’re guilty. To overturn this decision, you must appeal to the next stage of the system. The highest court in the country is the federal Supreme Court. Below them are the local chapters, and civil courts and district ones.

That also means that the severity of the crime could prove to be more challenging to fight. First-degree murder charges, for example, require complex arguments over a racially charged illegal arrest. It would seem easier to find discrepancies in some courts over others. As a result, the appellate level is picky over what cases they see.

What Decisions Would Require an Appeal?

Again, an appeal is not to present new evidence or a second opinion. It only applies to clear violations made in the handling of your case. Even a veteran judge can make a mistake, and not all juries are partial. When you know that additional barriers stood in place, you should request an appeal.

Keep in mind, though, that you must petition for a review soon after the trial. You will have a short window to argue your side for mistakes, such as:

If the next level of courts believes you deserve a hearing, they will schedule it. Otherwise, you will need to make a petition to the next one instead.

How Many Cases Will the U.S. Supreme Court Appeal?

You can imagine how hectic all 50 states submitting petitions to one court feels. For how few cases that are seen, it’s a shockingly small number, too. Out of about 8,000 petitions sent annually, only 80 will be argued. That means only 1% of cases every year are reviewed for a final decision.

It also doesn’t help that all SCOTUS judges must convene to hear a case. As most serve for life, ailments and old age can hinder the process. That is why many cases stand with the decision given the first time. Getting granted a willing ear to listen is a challenging process.

Can I Appeal My Arrest?

Lighter offenses and petty crimes usually don’t require an appeal. However, that also means ending up in jail could get lengthy.

When you need a bail bond in the Pennsylvania community, you need us. Our agents are available 24-hours a day.