What Happens if You Ignore a Subpoena in Pennsylvania?

When you receive a court summons, your first instinct might be to hide. However, that’s not a good idea. Therefore, we’re going to break down what happens if you ignore a subpoena in Pennsylvania.

You might feel even more confused about what you’ve seen in crime dramas on TV. Unfortunately, life rarely works out as it does on the screen. It may not seem like such a big deal at first. However, you will quickly learn; it’s never a wise decision to skip out on court.

If you have been arrested for missing a summons, give us a call. Szar Bail Bonds offers agents 24-hours a day.

What is a Subpoena, and Why Did I Receive One?

A subpoena is an order directly from the court to appear. Either you are getting summoned as a witness, or as someone to provide further evidence of the case being tried. You don’t need to be related to the case to receive a summons. However, you are required to show up when they tell you to be there.

If you think looking over your shoulder is enough, they are also sent electronically. Therefore, it’s best to abide by what the court order says and offer:

Receiving a summons does not mean you are accused or guilty of a crime. Often, it’s to aid cases by presenting information they wouldn’t already have.

What Happens if You Ignore a Subpoena in Pennsylvania? 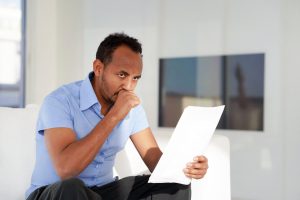 Do not ignore a subpoena

Nothing good comes from ignoring a subpoena, even if you’re against receiving it. In most situations, you are at risk of punishment if you do not attend the disposition.

However, if there is a clear conflict of interest, you might be able to challenge it. Keep in mind that there are strict requirements when this is considered a viable option.

Ignoring your court summons will result in getting held in contempt of court. That means receiving fines, or even jail time, for not cooperating. In the Court of Common Pleas, judges can issue even stricter punishments. The best thing to do is comply with what they ask of you.

Are There Different Types of Subpoenas?

As there are several types of courts, there are also different reasons to issue subpoenas. It mostly depends on who is the one authorized to order them.

There are only two general types of subpoenas, but many people can have them served. Either you get summoned to testify, or to produce evidence or information. Federal courts can have a summons served, as can state courts. Even local magistrates, municipal courts, and other administrative bodies can as well.

No matter who issued the subpoena, it’s in your best interest to appear. Otherwise, you will only have more legal drama to manage later.

Can I Get Out of My Subpoena?

While all summons requires you to show, you might have received it in error. You must submit a written objection before the trial begins. If a testimony contains self-incriminating evidence, you might get advised to plead the Fifth. Or, if someone that is subpoenaed is underage or not competent, they may be excused.

Never assume, though, that you can simply blow off the court. It won’t take long before you receive a bench warrant for your arrest. It is also possible that you shouldn’t have received it, or can’t legally comply. In those instances, it’s always best to check with a professional.

Did You Find Out What Happens if You Ignore a Subpoena in Pennsylvania the Hard Way?

Some people are stubborn enough that they have to learn for themselves the hard way. In our line of work, we’ve helped many who have ignored their summons. Even those with family members who are legal experts can make the wrong decision. No matter the reason why, contact us 24-hours a day for help.

Whether you intentionally ignored orders or overslept, choose our local agents for faster bail bonds. See why residents continue to call Szar Bail Bonds for their surety services.