Often, our first instinct when a loved one gets into trouble with the law is to help. It’s in our nature. Providing this help often comes in the form of bailing out your buddy. Now, we all want to believe the best of our friends, but what happens if you bail someone out of jail and they run?

If you arrange for bail and sign a contract, you are known as the “Indemnitor.” Bail bond contracts are akin to insurance. By paying bail, you promise the courts that the person who was arrested will appear for their court date in exchange for being allowed to leave prison.

What Are My Responsibilities If I Arrange Bail?

There are a few responsibilities for the Indemnitor when you sign that bail agreement. The person you bailed out is expected to appear at every court date that is required, and you’re the one who is supposed to ensure they really will show up. That can be a big responsibility. If you bail someone out of jail and they run, you’ll be on the hook for any additional fees incurred if your buddy misses their court date.

These fees can include a payment to a ‘recovery agent’ (aka bounty hunter) if the bail bonds company needs to hire one. Essentially, when you agree to put up bail, you’re saying you’re responsible for another person in every way. You can’t wash your hands of them if they skip their court date or skip town altogether. Arranging for someone’s bail is a big responsibility.

Now, all that said, things happen, and you might find yourself sitting across from one of our agents at Szar Bail Bonds, about to help someone you care about get out of jail.

What If The Person I Bailed Out Doesn’t Show Up For Court?

You may have some concerns about the person you’re bailing out. Maybe you have a small inkling that they may not show up 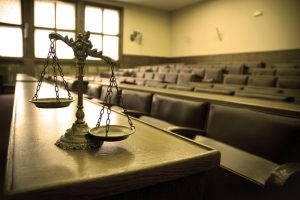 Skipping out is a serious offense.

in court for whatever reason. In this case, the bond itself is considered to be “in default.” If this happens, you are personally at risk of losing everything you used to bail your friend out. Even worse, if that person disappears completely, you’re expected to pay the whole amount of the bail initially set by the court. If you used collateral instead of cash, you could lose whatever you put up, be it your house, a vehicle, or jewelry.

If this does happen, the court will notify the bail company and let them know that the accused person did not show up for their court date. (You would probably already know that, however, because you’re responsible for them showing up, remember?) There’s usually a grace period to fix things, but that’s entirely up to the kindness of the court. Depending on the history of the person you’ve bailed out, the judge may issue a bench warrant for their arrest.

Do I Get Any Time To Fix Things If They Don’t Show Up?

Frequently, there will be a set time period — usually about three months — where you will be able to take the accused into the police and reactivate the bail. You would take the person who missed their appearance date to the police station and fill out some paperwork. This paperwork will let the courts know that the accused has returned.

In some cases, you may also be able to hire a bounty hunter who can find the accused and return them to the police. It has the same effect as if they were arrested under a warrant.