What Does No Bond Mean? Why Your Bail Could Be Denied

Nobody plans on going to jail, but it happens. Here at Szar Bail Bonds, we help to get you released as quickly as possible. More often than not, this is done through a bail agreement or bond, but there are some times when bail can be denied outright. In these cases, the person must stay in jail. If that happens, what does that mean?

Depending on the charge being faced, most defendants are entitled to a set bail bond amount. Eligibility depends on a host of different issues, regardless of the seriousness of the charge. Many times, a criminal defense lawyer can convince the court to set a bond with a co-signer, such as a licensed bail bondsman willing to carry the bond. 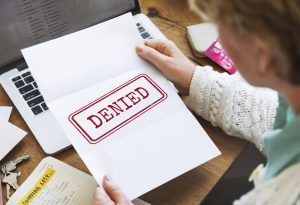 Certain conditions will cause a judge to rule for no bond. This is particularly true for felony charges that carry a jail term. Some of the other concerns that can cause a judge to impose a no bond condition include:

If a judge has seen the same person repeatedly, or the defendant has a rap sheet that’s a mile long, the court will likely deny bail. Also, if a person is on parole and is charged with an additional crime, the courts may decide that this person will continue to commit crimes while not in jail. In this case, a judge may choose to keep the defendant in jail until their trial to protect the welfare of society.

Posing a Threat to Others

When a defendant shows signs of mental illness, the judge will deny bail because the person may be a threat to themselves or others. To prevent the potential of harm to themselves or others from happening, the defendant may be sent to a mental health treatment facility until trial. While this is technically not jail, the conditions of their stay will remain the same. Bail is almost always denied to those defendants that are classified as violent offenders.

Those defendants with the means to potentially leave the city, state, or even country before their court date, and not return for appearances are considered flight risks. Any defendant who has a history of trying to flee from authorities can be viewed as a flight risk. A judge will deny bail to prevent the defendant from running. Someone who shows erratic behavior or any non-US citizen (someone who could easily go back to their home country) are likely to be classified as flight risks.

Depending on the severity of the crime – murder, for example – will almost automatically be denied bail. These crimes are treated differently than minor crimes or other, less severe charges. Generally speaking, these are crimes that carry the potential for the death penalty; therefore, the defendants will be kept in custody until a jury can determine their innocence or guilt.

If bail is denied, the defendant is remanded into custody and returned to jail. They must then wait there until their next hearing date. The defendant is allowed to request bail again at that time. The other possibility is appealing to a higher court, and having the no bond decision reversed. Generally, extenuating circumstances or a positive aspect of their return to society will be required for bail to be offered.

Anyone who is facing being held without bail by the state should contact a licensed bail bond agent and a skilled criminal defense attorney, and have them evaluate the potential for a bond agreement with the courts. If you’re unsure, give us a call at Szar Bail Bonds. We’re here to help.