Do you know how being arrested as a juvenile is different than as an adult? If you’re the parent of an active teenager, you worry about your child making the wrong choice that could lead to an arrest. Here is what you’ll want to know if your teen calls you from jail.

The sad fact is that children commit illegal acts every day of the week in all parts of the United States. If your child makes bad decisions and ends up in the back of a patrol car, you must understand how juvenile justice in Pennsylvania differs from the adult system. The Pennsylvania Council of Chief Juvenile Probation Officers notes that the significant things that make juvenile justice different from adult court include 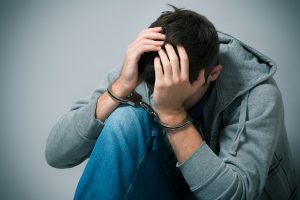 An easy way to think about the goal of the juvenile court in Pennsylvania is that it strives to help the child move to a productive future.

Commit to memory right now the fact that not every teenager who gets arrested remains in juvenile court. Indeed, it’s not uncommon for older teens accused of severe offenses, such as rape and murder, to end up charged as adults. In a recent report in The Sentinel, Joshua Vaughan found that hundreds of older Pennsylvania kids are living in adult jails for months at a time waiting for their cases to conclude.

As a parent of a child facing adult criminal charges, your focus should center on helping your child’s attorney to advocate for your teen. Don’t be afraid, for example, to remind your teen of the importance of remaining silent about their criminal charges until instructed by the attorney to say something.

When your child calls from the police station, your first question is usually “What did you do?”. Your second thought is often along the lines of how can you get them home as fast as possible. Interestingly, there is a difference between the juvenile and adult court systems when it comes to pre-trial release.

There is no such thing as a bail bond in Pennsylvania’s juvenile system.  Nonviolent offenders go home with their parents. Kids accused of violent behavior can be placed into detention instead of sent back to their home.

Teens sent to adult court, by contrast, may have the opportunity to post bond and go home. It’s a smart idea to contact us as soon as you know the bail bond amount.

Lastly, knowing how being arrested as a juvenile is different than as an adult is vital to offering support to your child through the uncertain times ahead.  Always remember that your child has rights and an attorney to fight for them.

For those kids in adult jail, Szar Bail Bonds will post a bond to get them back home as fast as possible. Contact us to find out how Szar Bail Bonds can take care of all of your bail bond needs.