DUI Vs. DWI in Pennsylvania: What is the Difference?

You felt you were fine to drive home, but the police didn’t think so. Even first-time offenders shouldn’t risk driving home after visiting the bar. It’s a dangerous slope and one that can ruin your future. However, what is done is done, and now the question is: What is the difference between DUI vs. DWI in Pennsylvania?

While the two are similar, they are separate charges and punishments. Depending on the substance used, there could be other crimes committed as well.

Szar Bail Bonds meets with many people with DUI or DWI charges. Contact us for 24-hour bail bond agents throughout the community.

What is the Difference Between DUI vs DWI in Pennsylvania?

First, you need to look at what the two acronyms stand for. A DUI is Driving Under the Influence, while a DWI is Driving While Intoxicated. If you think they sound the same, it’s because they mostly are. In the past, only one term was generally used, but today drivers have access to more substances.

Some communities reserve a DUI charge for first-time offenders versus repeat ones. Or, the charging officer may rely on what substances are in your system. Finally, an impaired driver is not always one that has consumed alcohol. Although they are among the most common offenders, others might have used drugs instead.

DUI: Driving Under the Influence

DUI charges also no longer apply to alcohol-only impairment. You can be found guilty of driving under the influence of a variety of substances. Even over-the-counter medication can impair you enough that you could get pulled over. When in doubt, if you don’t seem at your best driving capacity, don’t drive.

Pennsylvania also has three tiers of DUI punishment for first and repeat offenders. Each one carries license suspension, fines, and even jail time. While there aren’t clear sentencing minimums for DWI, they are likely the same. Many states, in fact, use the two terms interchangeably without different charges imposed. 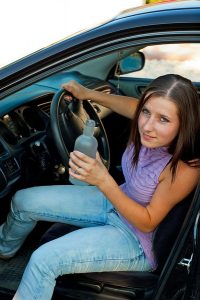 A DWI, or sometimes called OWI, simply means alcohol was the substance of choice. Driving while impaired or intoxicated is often chosen as the person was drinking. This helps to alert the judge what substances were used while driving. While that won’t impact the trial much, it may swing the decision.

The court may decide to lean towards less harsh punishments, especially for first-time offenders. While you can’t exactly compare all substances and their effects, alcohol is easier to test. Police can also introduce a breathalyzer to test for impairment while on the road. A refusal to take it can also bring other charges to the arrest as well.

DUI vs DWI in Pennsylvania: Which One is Worse?

To be completely honest, neither charge is something you want on your driving record. Since they are so similar, they often use the same punishment schedule.

First-time DUI offenders will likely have fines and fees, as well as mandated traffic school. You might also receive probation or a short jail stint. Second and third offenses are harsher, with increased fines and jail sentences. When your BAC is 0.16 or higher, the punishments can increase as well. The best way to avoid them all is to simply not drive while intoxicated. Call a cab or an Uber before you need to contact us for bail bond agents.

Can You Bail Out of a DUI Arrest?

Bail is reserved for those who don’t pose a threat to society. Those who are charged for the first time are more likely to qualify. The courts will probably consider your BAC level in their decision as to whether or not to post bail. Drivers with amounts of 0.1 and higher typically stay behind bars to sober up.

Contact us for reliable 24-hour agents throughout Pennsylvania. Szar Bail Bonds is always here for you. Even on holidays and weekends.