Does An Officer Have To Tell You Why You’re Being Arrested?

In many states, an officer must tell you at the time of arrest the reason for the arrest. However, Pennsylvania is not one of those states. Therefore, the short answer for, “does an officer have to tell you why you’re being arrested?” is no.

If you find yourself in a pickle, Szar Bail Bonds can help you once you’ve been arrested. Let’s discuss the long answer to the question.

An officer can detail and hold a suspect without arrest while awaiting investigation results. Detention isn’t a long term option, and many jurisdictions must release or make an arrest within a given time limit. During your detention, you have the right to remain silent, regardless of whether or not the officer Mirandized you. 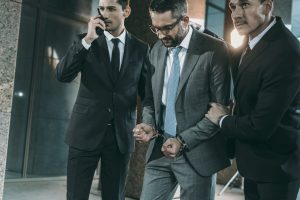 Why Am I Being Arrested?

Officers don’t need to tell you the cause for your arrest immediately. In most jurisdictions, the criminal court system has 48 hours to provide the reason for your arrest. Typically, if you’re not told directly, you’ll find out your charges and reason for arrest at your arraignment.

When you are arrested on a warrant, you can demand to see the warrant. If it’s a legitimate warrant, it outlines the arresting charges and any details of probable cause. A common warrant issued for arrests is related to failure to appear in court.

You have constitutional rights through the fifth and sixth amendment protecting you from self-incrimination and the right to a fair and speedy trial. Miranda Rights are a series of statements that make you aware of those rights. You’ve probably heard some variation of it used in police dramas on today’s television shows.

Officers are not required to Mirandize you. They have the right to ask for necessary information, such as name, birthdate, address, etc.

If you are arrested and booked into a jail, you can request the assistance of a bail bondsman to gain release while you await your court proceedings. Szar Bail Bonds is ready to help you get back on your feet after an arrest.

Learn more about the process in our blog, and contact us to get started on the process.