Do Juveniles Have a Right to Bail?

If only teenagers had the life wisdom of an adult. Unfortunately, there may come a time when your child makes a mistake that results in an arrest. As you’re heading to the police station to meet your child, you’ll probably ask yourself, “Do juveniles have a right to bail?” Read on to find out.

Every parent knows that young people tend to act impulsively and sometimes make serious mistakes. Teenagers do sometimes make mistakes that violate the law. In Pennsylvania, the severity of the offense help to determine whether the case stays in the juvenile justice system or bumps up into the adult court system. 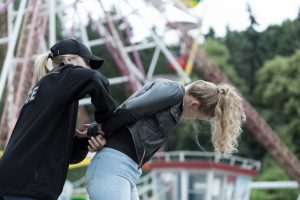 Juvenile justice, targeting young people from the ages of ten through eighteen, differs from the adult system in significant ways. Some of the vital aspects of Pennsylvania’s approach to juvenile justice include

There are two paths that a young person may take upon arrest. Many young people are released to their guardian right away to live at home throughout the court proceedings. However, it is possible for the court to determine that a juvenile must stay in detention for the duration of the case.

If the juvenile enters a detention facility after the arrest, a detention hearing takes place within three days of the arrest. And the judge looks at factors such as the nature of the charges as well as any record of previous offenses to decide if continued detention is appropriate.

The vital thing to understand is that there is no such thing as bail within the juvenile justice system in Pennsylvania. So, for children involved in the juvenile court system, the answer to the question of “Do juveniles have a right to bail?” is no.

Do juveniles have a right to bail in adult court?

All of the above notwithstanding, everything changes if your child commits a severe offense and ends up in the adult criminal justice system. Juveniles treated as adults receive all of the rights granted to adult defendants.

Bail is a possibility if your child’s case transfers to the adult court. The types of bond vary depending on such things as the seriousness of the alleged crime. However, if your minor child is in adult court, you can count on the charge being severe enough to warrant a high dollar bond.

The dollar amount of the bail bond depends on factors like (1) prior criminal record, (2) employment, (3) potential penalty, and (4) community ties. Bail is typically high enough to make sure that the defendant will appear in court.

Many parents find it nearly impossible to meet the cost of bail without assistance. In that situation, a local bail bonds company like Szar Bail Bonds will work with the family to post bond.

Lastly, the answer to the question of “Do juveniles have a right to bail?” is that it depends on the circumstances surrounding the offense. Juveniles accused of relatively minor crimes usually stay within the jurisdiction of the juvenile justice system and do not have access to bail. Those teens who commit serious offenses that transfer to the adult criminal justice system have the same right to bail as anyone else within the system.

Contact Szar Bail Bonds for answers to all of your bail bond questions.