Can the Police Really Commandeer Your Car?

Who doesn’t enjoy those pulse racing movies where the cops jump into a bystander’s car and drive off after a criminal? Now, we all know that not everything in Hollywood is right to life. So, let’s dive into the facts of when can the police really commandeer your car.

What Does Commandeering a Car Mean?

What does it mean when the police commandeer a car? In a nutshell, commandeering is a fancy name for the police temporarily using your car to chase after a criminal. It happens all the time on television and movie crime dramas. But, does it happen to regular people in real life?

When Can the Police Really Commandeer your Car

The first thing that we need to consider when talking about the cops grabbing civilian cars to chase criminals is the Constitution. The United States Constitution generally prevents law enforcement from taking your property without either your consent or a warrant. 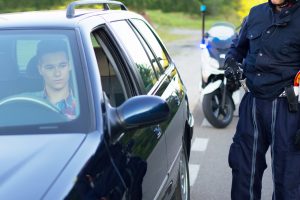 There is an old law in the United States called posse comitatus. This law goes back to when the police didn’t have the resources to fight crime and so relied on help from the public. In more modern times, the Supreme Court agreed that law enforcement could commandeer a car in dire situations.

So, the answer to “can the police really commandeer your car?” is yes. The police have the authority to borrow your car if they’re involved in a dangerous situation and have no other reasonable option but to take your vehicle.

The good news is that there is a minuscule chance that the cops will take your car to fight crime. Potential liability is a significant reason that the police shy away from using a civilian’s vehicle in a car pursuit. After all, your car lacks the sirens that would alert other drivers and pedestrians of the police chase. The dangerous consequences of using a commandeered vehicle to chase another motorist make the cops avoid that option unless necessary.

Lastly, can the police really commandeer your car to chase a criminal? Yes, they can, when the scene is dire, and there are no other options. So, the vast majority of car commandeering will continue to take place on the screen.

Contact the pros at Szar Bail Bonds when you want to get out of jail fast.