Can I Have My Charges Dropped?

For some, being arrested is a life-changing experience, and usually not for the better. In some instances, people find that they have their charges dropped for one reason or another.

Although not guaranteed, it does happen quite frequently, especially when procedures aren’t followed correctly. Or, if an arresting officer processed the details wrong, and the jury decides otherwise.

While you can’t always bank on getting your charges dropped, it does occur more often than you think. A capable attorney may also be able to help you get some or all of your alleged crimes dismissed.

Whether they stick or they drop, contact us at Szar Bail Bonds. We offer 24-hour agents throughout Pennsylvania facilities every single day with affordable surety rates.

How Can I Get My Charges Dropped?

While an arresting officer may charge you with several crimes, few may actually stick. Whether they don’t truly apply or your lawyer negotiated, they can vanish before trial.

If a key victim decides not to testify, it could severely hurt the case’s chances. With no other witnesses, they may have no choice but to drop charges. On the other hand, those arrested may decide to cooperate with investigators. If they have information to bring down bigger criminals, prosecutors may ease your charges.

Finally, if the arresting officer violated your constitutional rights, the entire case could be thrown out. There’s also the chance that the court may decide too many mistakes were made to make charges stick.

Are Charges Being Dropped the Same as Dismissed? 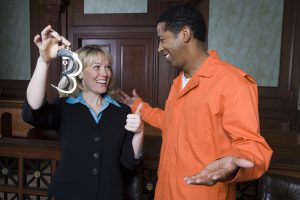 Charges that got dropped

Charges that are dropped are similar to a dismissal, but they are processed differently. In short, dismissed charges are formally entered, but the judge doesn’t agree. They may decide at the preliminary hearing that the state doesn’t have a case. By then, they dismiss the filed claims against you, leading to your release.

If the charges weren’t recorded into the system, they could be dropped, and if an officer decides you’ve been truthful, and there is no crime committed.

Crimes can be dismissed when the court believes there isn’t enough evidence to convict you. Charges being absolved can happen with either a jury or an onsite arresting officer.

How Can I Get My Charges Dropped?

Some crimes have better chances of being dropped or reduced over others. For example, a marijuana joint in your pocket is far less dangerous than a manslaughter charge.

When discussing bail and detainment, both are tied to the crime’s severity. The lessor the charge, the more leeway you have in negotiating. However, it’s likely best to leave the talking to your attorney. Not only are they more knowledgeable, but they likely have a rapport with prosecutors.

While you can’t guarantee you will have your charges dropped, it’s best to try. At worst, no changes are made, but they could be reduced.

Is Having Charges Dropped the Same as Expungement?

Unfortunately, when your charges are dropped, it doesn’t mean it will be entirely expunged, but it is the first step in seeking out this status for your case. Once the court decides your innocence, you may start the process of expungement.

From there, an attorney can assist you with having the case erased from your record. Note that you may need to pay court fees or other fines first.

Since each situation is unique, it’s best to discuss your options with a legal professional. At the very least, you can seek to keep the case sealed from the public.

Usually, only a judge, grand jury, or prosecutors can decide what charges are dropped or dismissed. This means that you would have already been arrested by that point.

Depending on when you see the preliminary judge, you might need to post bail. However, if they see you right away, you might not need to if your charges are dropped.

When you need to make bail now, you can always count on us. Szar Bail Bond agents work 24-hours a day, providing surety bonds.