Are You Notified When a Warrant Is Issued?

When you watch crime dramas, you may wonder why the bad guys are always at home when they’re arrested. This brings up the question, are you notified when a warrant is issued?

While real life isn’t a TV show, much of what you see is. Producers spend lots of time looking for what to base their scripts on.

This is a question that Szar Bail Bonds hears time and again, usually by family. By then, though, it’s often too late for the one getting arrested.

Continue reading to learn more about when to know when you have a warrant. Contact us for your convenient 24-hour bail bond agents throughout Pennsylvania.

When are You Notified When a Warrant Is Issued?

Firstly, no one is arrested without first offering the police probable cause. That could be an officer watching you commit a crime, or otherwise act suspiciously. At this point, they may question or even detain you, but you aren’t arrested. If they don’t find anything wrong, police likely will release you without incident.

However, they may suspect you are involved in selling illegal drugs, weapons, or other items. If that’s the case, they may seek out a warrant from a judge. If they get one, you probably won’t be getting a phone call alerting you that they’re coming. Unfortunately, if they find evidence of wrongdoing, officers will likely arrest you right there.

Why Do I Have a Warrant for My Arrest?

Sometimes, it’s obvious as to why someone has a warrant issued. Other times, it’s not as clear and can cause an unpleasant surprise.

Even those that consider themselves relatively law-abiding citizens may have outstanding warrants. People with unpaid parking tickets or who didn’t appear in court can be arrested. Unfortunately, you aren’t always aware of what your status is in the system. It isn’t until cops pull you over for speeding that you find yourself arrested.

There are other types of warrants as well, which often don’t alert you first. Although surprising, if you’re told you have a warrant, it’s best to comply.

Why am I Not Notified of a Warrant First? 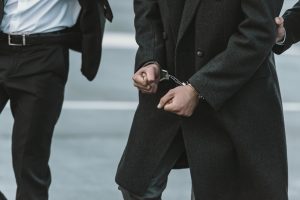 People that have arrest warrants likely committed a severe crime at some point. That could mean assault charges, drug distribution, or even a homicide. As a result, you likely won’t be notified that the police are searching for you. Doing so could easily tip off a hardened criminal, allowing them to flee.

What you can do is check official sources for the local criminal system. However, many fake sites exist, so be careful not to get scammed.

When Does a Warrant Expire in Pennsylvania?

Some soon-to-be inmates believe that they can continue running from law enforcement. They might have heard a rumor that their warrant will eventually expire. Unfortunately, that is not the case, and it only prolongs the process. The longer someone is on the run, the more frustrated the police get.

If it’s a warrant for more severe crimes, they will also likely act less forgiving. They may introduce more forceful tactics or even lethal force to stop you. When you discover a warrant exists for your arrest, it’s best to surrender. Otherwise, you could end up in worse shape than before, or even killed.

What Happens After My Arrest?

After being served a warrant and getting arrested, you are then processed. That means that you are taken to the station, entered into the system, and held. Once bail amounts are set, you can pay for your release. Unfortunately, if you don’t have the cash, you remain behind bars.

Another option is calling us for 24-hour bail bond agents throughout local facilities. Szar Bail Bonds is still your trusted name for local surety bond services every day.