What is Transactional Immunity?

One of the fascinating parts of court cases is seeing who gets pardoned for information. Eventually, you start to wonder, what is transactional immunity?

The process is a common one, which sees itself employed for a variety of reasons. All of them, however, do point to someone who knows more than they say. Some may feel as though providing details can further endanger themselves, especially against organized crime. Law enforcement has difficulty convincing witnesses to step forward for fear of “snitching.”

Szar Bail Bonds meets with many Pennsylvania inmates and some that have valuable information. Continue reading to learn what transactional immunity is and why it’s handy.

What is Transactional Immunity According to the Law?

Whether a case involves a homicide or stolen property, time is already running dry. The police only have a couple of days before the trail typically runs cold. Unfortunately, many people, involved or otherwise, are convinced about not spilling the beans. They would prefer to keep themselves and their loved ones safe from retaliation.

Without reliable witness testimonies, it becomes challenging to convict a guilty criminal. That is why many prosecutors are willing to trade freedom for details. Transactional immunity can wipe away a person’s sentence should they know enough information about the situation at hand. Once an inmate is behind bars, they may also find themselves much more willing to talk, especially if it helps get them out of jail.

How Does Transactional Immunity Work? 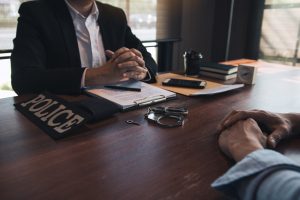 Not all plea deals result in complete immunity and some situations can endanger the witness. Once you have given the prosecution everything you know, you could also find yourself indicted.

Use immunity gives law enforcement details to charge someone with a crime definitively. However, they may not even take what you know and apply it inside of the courtroom. Instead, they may use the information you gave them to arrest someone before trying others involved. That can mean bad news, even for those who spoke up in the first place.

On the other hand, transactional immunity protects the informant from prosecution. That is the type used in crime dramas and TV shows to keep suspects talking.

Does Transactional Immunity Protect Me?

Unlike use immunity, transactional immunity can best shield an individual from legal consequences. However, it will not grant a “Get Out of Jail Free” card.

Usually, immunity is reserved for low-level criminals and not Hollywood supervillains. Chances are, you will not receive a plea deal after attempting to harm others. What some may also not realize is that immunity can be waived. Witnesses may feel even more at risk for speaking up, leading to changed minds.

Beware of immunity offers presented without documentation, as this doesn’t protect you. Law enforcement may use it to bait you for details that you give up freely.

How Immunity Can Go Wrong

Many people perform acts that are illegal with the assumption they will get immunity. Possibly one of the biggest instances of this is Linda Tripp. Tripp had illegally recorded conversations between herself and Monica Lewinski. Although the details lead to the impeachment of then-President Bill Clinton, Tripp also got indicted.

She had taped these conversations without the approval of law enforcement. In the end, the state did not have an agreement in place, only immediate prosecutors. Tripp narrowly avoided spending time in prison and only because of a loophole. It’s best to leave immunity agreements up to a legal professional instead.

Is Transactional Immunity Worth It?

Some parties, especially those involved in crimes, rethink if obtaining immunity is right. They may fear retaliation by others, even if they avoid prison. However, ending up behind bars also doesn’t keep you safe, especially if you provided information. Even if you didn’t “rat” anyone out, you might be perceived as an informant.

By staying out of prison, you have the chance to get your life back. Those with a record aren’t usually so lucky. When in doubt, discuss your immunity with a certified attorney. If you find yourself in need of a bond agent, choose Szar Bail Bonds for 24-hour service agents.