What Is The Difference Between A DUI and DWI?

What is the difference between a DUI and DWI? Everyone knows that it’s never a smart idea to drive after you’ve had a few drinks or smoked a bong, but do you know how the law looks at impaired driving? Here is the don’t miss information that you need to know the next time that you wonder if you should drive home after partying with friends.

What is the difference between a DUI and DWI

There isn’t a significant difference between driving under the influence (DUI) and driving while impaired (DWI). Both terms refer to a driver who operates a motor vehicle with a blood alcohol content (BAC) that goes higher than the legal limit. The legal limit throughout the United States is .08%, and you face the possibility of significant legal penalties when you drive with that level of intoxication. 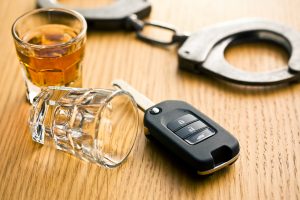 The consequences of a DUI are high

In essence, it’s illegal to drive after drinking too much alcohol or taking too many drugs. Some states distinguish between driving drunk and driving on drugs by saying that you’re DUI if drunk and DWI if high on drugs. Pennsylvania uses DUI for everyone who operates a car while legally impaired.

For the most part, you’ll get into legal trouble for DUI after a traffic stop. If a police officer suspects that you shouldn’t be behind the wheel, they’ll ask you to perform a field sobriety test. The Standardized Field Sobriety Test has three specific exercises that the police use to decide if they’ll arrest you for DUI. The police officer will instruct you to (1) follow an object with your eyes, (2) walk and turn, and (3) stand on one leg.

Keep in mind that you can refuse to take a field sobriety test. If you do decline the test, the police can still arrest you if they have reason to think that you are driving under the influence. Once under arrest, you’ll take a chemical test to reveal your actual blood alcohol content.

Prepare to experience severe punishments if the state determines that you are DUI. In Pennsylvania, for instance, the penalties vary depending on the level of intoxication and whether you have any prior DUI offenses. The sanctions include (1) fines, (2) substance abuse treatment, (3) alcohol highway safety school, (4) jail, (5) ignition interlock, (6) driver’s license suspension, and (7) prison.

Of course, you don’t need to roll over and meekly accept a DUI conviction. DUI charges, like all criminal charges, must be proved in court. Always take advantage of your right to work with a criminal defense attorney on your case.

Lastly, hopefully, you now know the answer to “What is the difference between a DUI and DWI?”. In many areas, including in Pennsylvania, all legally impaired drivers face the prospect of a DUI conviction. Protect yourself by sticking to your rights and working with an attorney who specializes in drunk driving cases.

Contact us at Szar Bail Bonds to post your bond so that you can stay out of jail while you’re fighting a DUI charge.