How do You Clear a Criminal Record

The process of clearing a criminal record is called an expungement. Some crimes will not qualify for expungement, no matter what you do. But many crimes can be cleared after you jump through the hoops and prove that you’re not a danger to society.

When a court orders a record to be expunged, by petition or other circumstance, it must be physically destroyed. However, the prosecuting attorney and the Pennsylvania State Police Central Repository will keep a copy of the record, but confidentially sealed. In most cases, it’s as if the record was never there. Another term used interchangeably is to “have your record sealed” under an order of limited access. But keep in mind, sealing a record is not the same as expungement.

Types of Records Eligible for Expungement 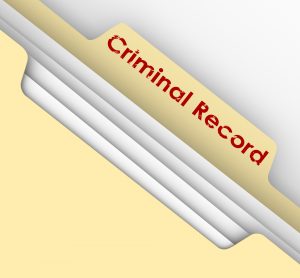 Some crimes are inexcusable, no matter the circumstances. The number one type of crime that will never be expunged are sex crimes against minors.

How Do I Apply For Expungement?

It is best to hire a lawyer, but the process can be done on your own if you wish. You’ll need to gather some documents and evidence to present with your petition.

To begin the process of cleaning up your record, submit these documents to your local State Police office, or courthouse for further instructions.

As of June 28, 2019, some criminal records will automatically be sealed or expunged. Convictions of second or third-degree misdemeanors or less will generally be expunged or sealed. Further, arrests with no conviction can also be expunged automatically.

We’re glad you’re researching how to clean your record. Know that Szar Bail Bonds is here to help you from arrest to release and every step of the journey to a clean record. Check out more information about the Pennsylvania legal system on our blog.